The report covered the financial years from 2014- 2020, from the last Chapter to this Chapter.

She covered many areas of the financial situation of the Institute, illustrating different aspects with graphs, charts, and informative clarifications.

Income, Expenses, Pooling from Units, Pooling with Units, Investments, Sharing and Distribution and Evolution of Capital were major areas dealt with.

After her sharing, and an open forum for comments and clarifications, the Financial Report was unanimously approved by the Chapter. 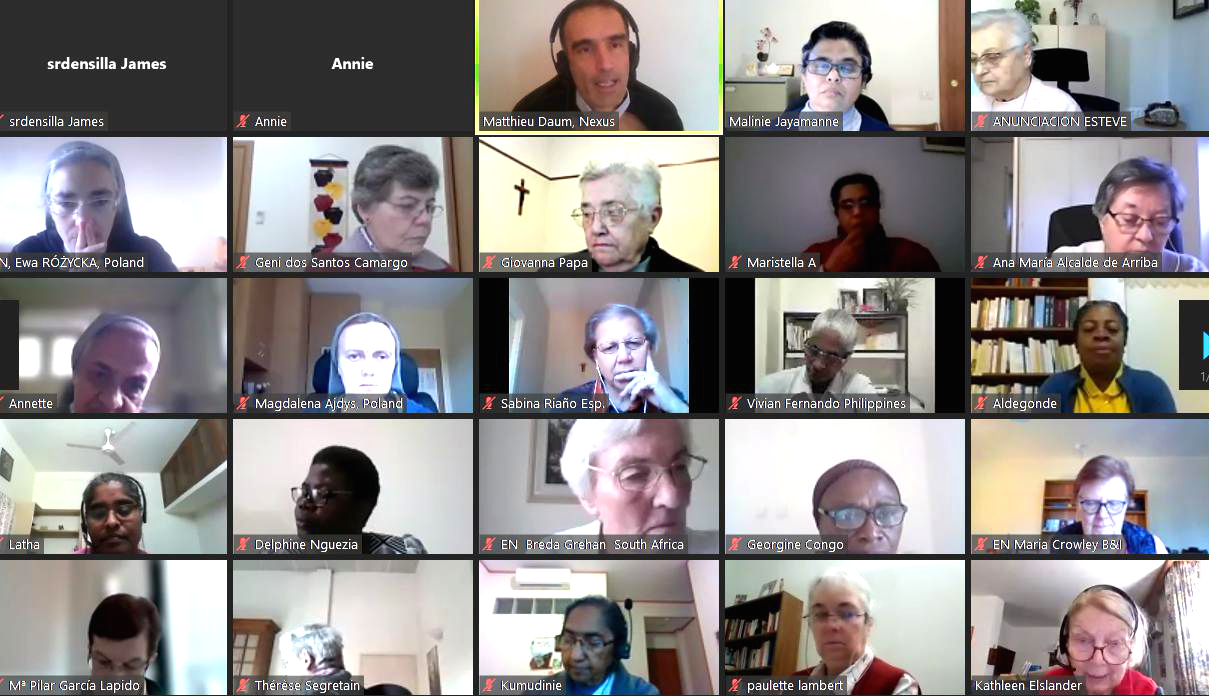 The second session continued along the path taken the previous day, marked as it was by the acknowledgment of a certain lack of clarity and unity of direction among the Delegates. However, the group sensed that there had been a shift as a result of the challenges faced.   Some light, some signs of maturity were emerging. Matthieu called the attention of the Chapter to the fact that during the preparation in Feb-March, and even in the two previous EGCs, issues contributing to the critical state of the Institute had been named.

He therefore invited the Delegates to draw on this knowledge and this experience,  to name, concretely and precisely,  the three most critical issues which this Body must face in order to move forward with vitality and the capacity to live its purpose.

Having reflected on the above personally, the rest of the day was spent in groups.  Meanwhile, the members of the Vicariate worked on the same questions in relation to the situation of the Vicariate.