We could change the world

By first changing our heart.

In introducing today’s process, Mathieu connected the above lines of the song used in the prayer, which conveys a message appropriate for the journey ahead.

The process for the day included listening to the work done by the Capitulants over the weekend; maintaining an attitude of prayer and discernment; envisioning the Institute in 2027, and a plenary sharing to sense where the group is with regard to this vision.  The next step was to speak about the role of the new GLT members, and to consider the list of persons considered to have the potential to carry this vision. 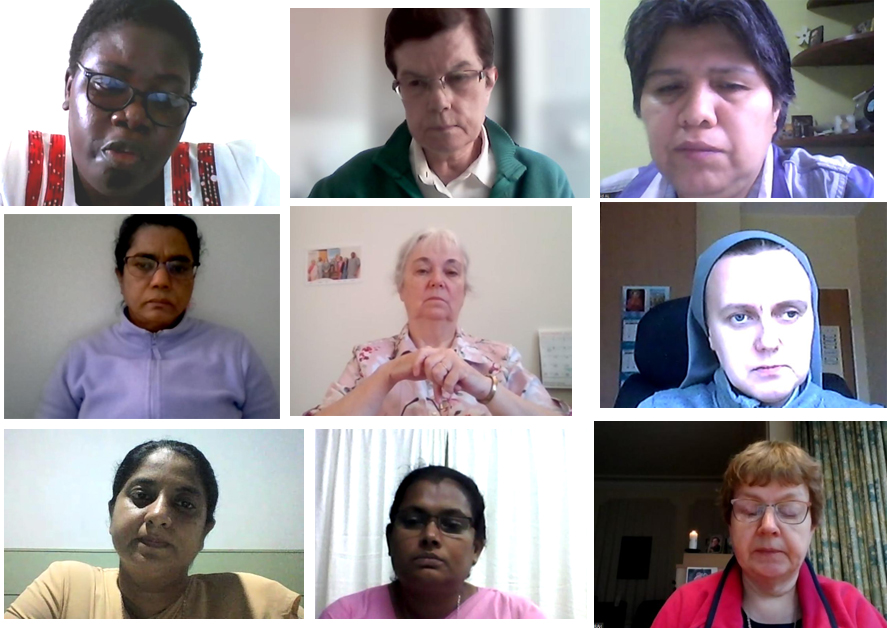 After 45 minutes of generative listening in small groups, the entire session was spent in plenary. Numerous elements emerged, which will be further refined and prioritized in the coming days.

The Capitulants shared how they want to see the Institute in 2027, clarified and raised questions about forming the new General Leadership Team, and made some proposals and suggestions regarding how the Team can fulfill its role and mandate to realize the vision.

Based on the questions asked, they shared some important, unifying points. 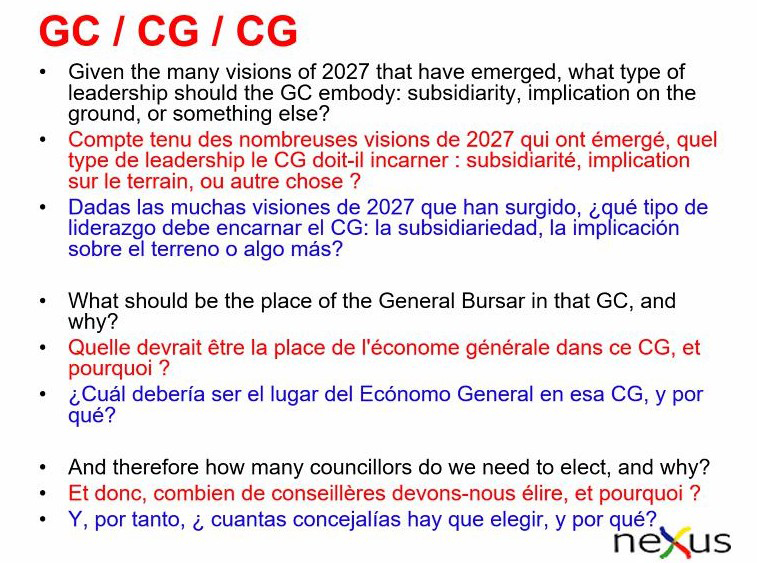 Here are some of the insights:

A vote was held to find out where the body stands in terms of the position of the General Bursar in the GLT, and the number of Apostolic Councillors.

It had been hoped that the vote-count for the Election of the Superior General could take place today, but a very small number of postal votes had not yet arrived.  The Facilitator therefore asked the Capitulants if they would agree to wait one more day to count the votes.