The closing of the 20th General Chapter

As usual, a short prayer helped the Capitulants to enter into the spirit of the day. Following that, Matthieu explained the process of this last session.

Most of the time during this final   session was spent counting the postal   ballots. By now, you have all come to   know the election results via the  Chapter blog, FaceBook and other means of communication.

Vicar of the Contemplatives –  * Malini   Joseph 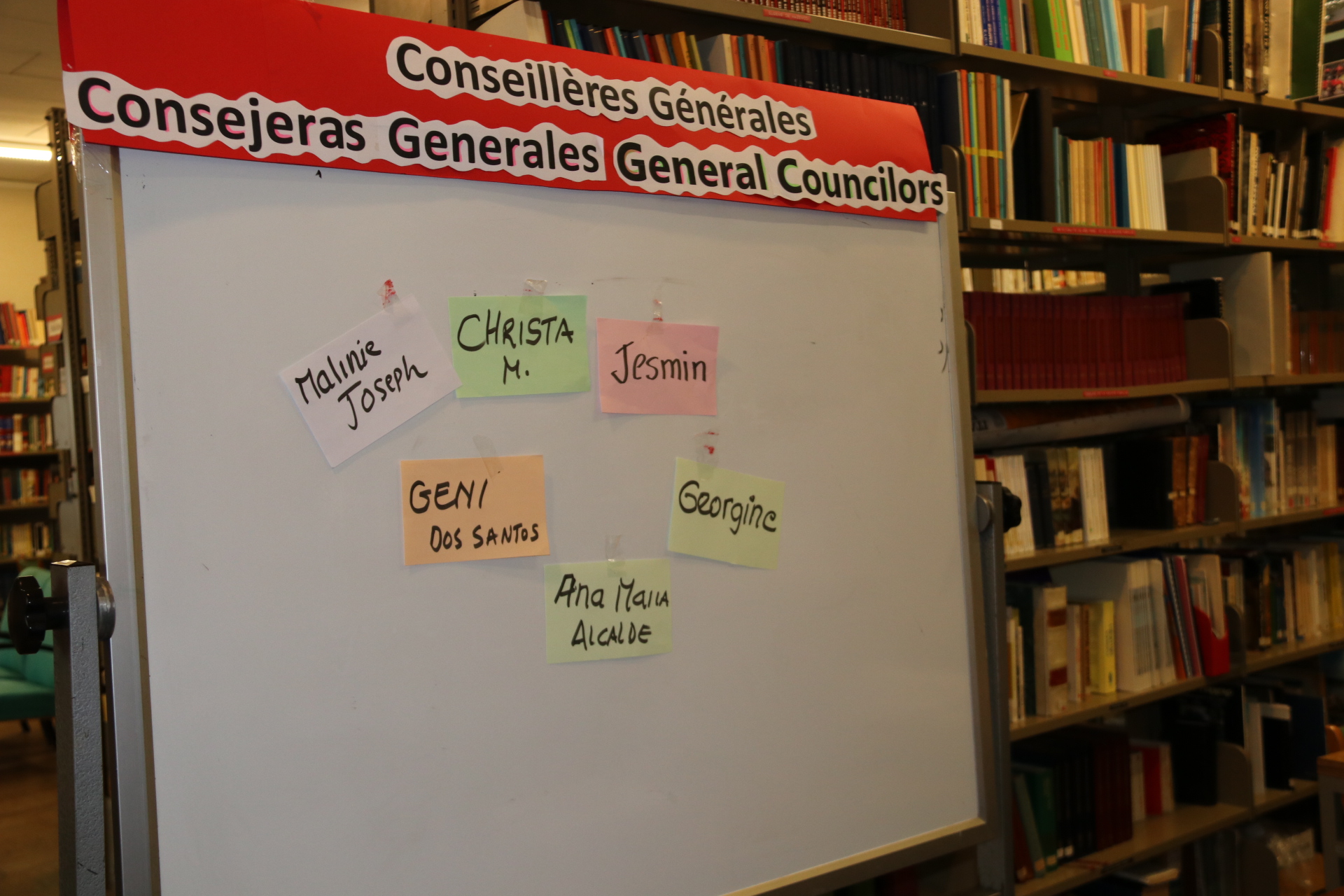 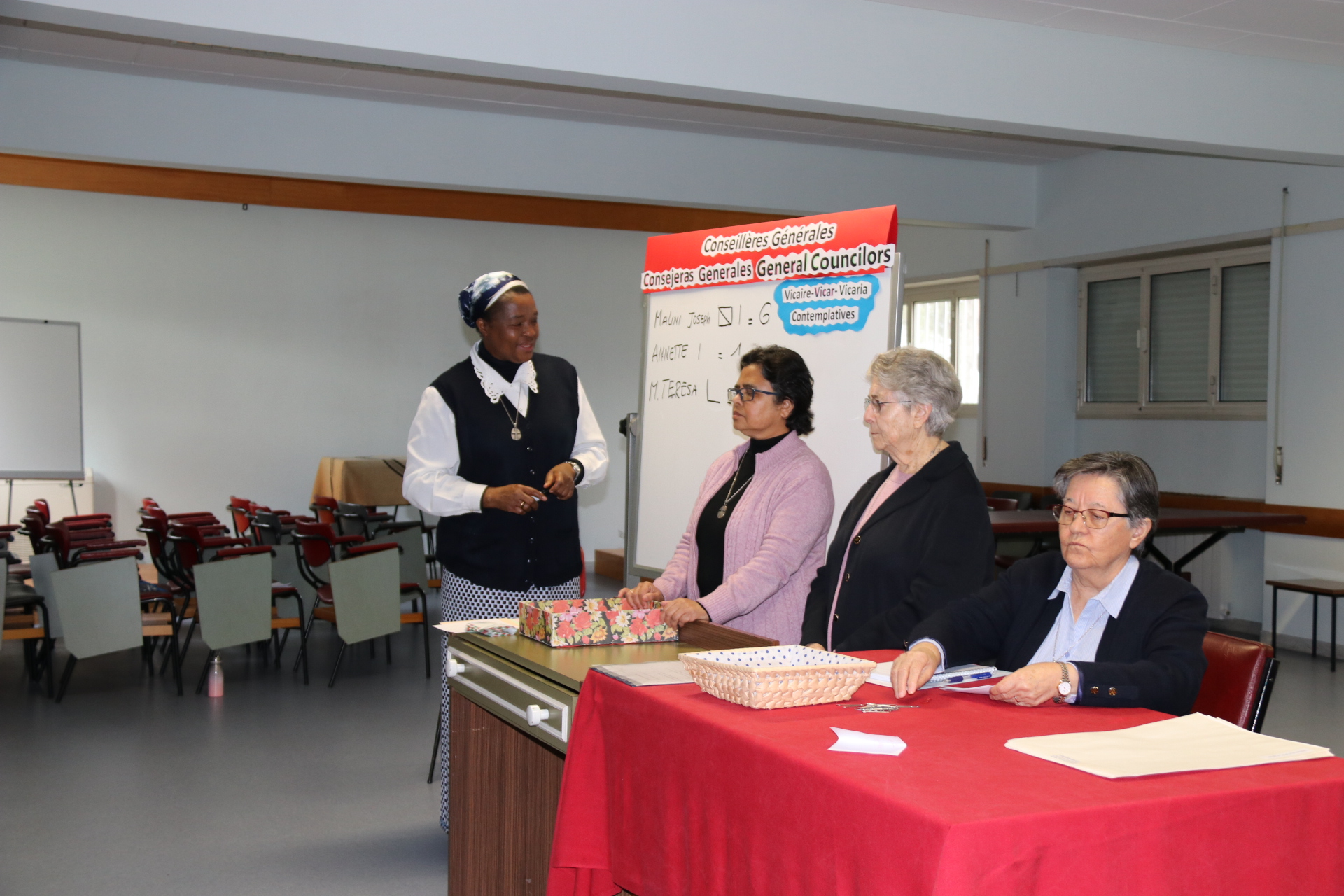 As each one was elected, Ana María asked if she would accept this service in the Institute.

With faith in God and trusting in the support of the Sisters, all five said 'yes'.

Ana Maria then officially proclaimed them elected members of the GLT.

Matthieu next led the Capitulants to vote for the Chapter Declaration, which all had had the opportunity to read and study beforehand.   It was officially accepted via the voting platform already used during the process, with just one dissenting vote.  Finally, in a spirit of gratitude and joy, the Capitulants voted for the closure of the Chapter by a show of virtual hands on their Zoom screens. This time there was no dissenting vote! 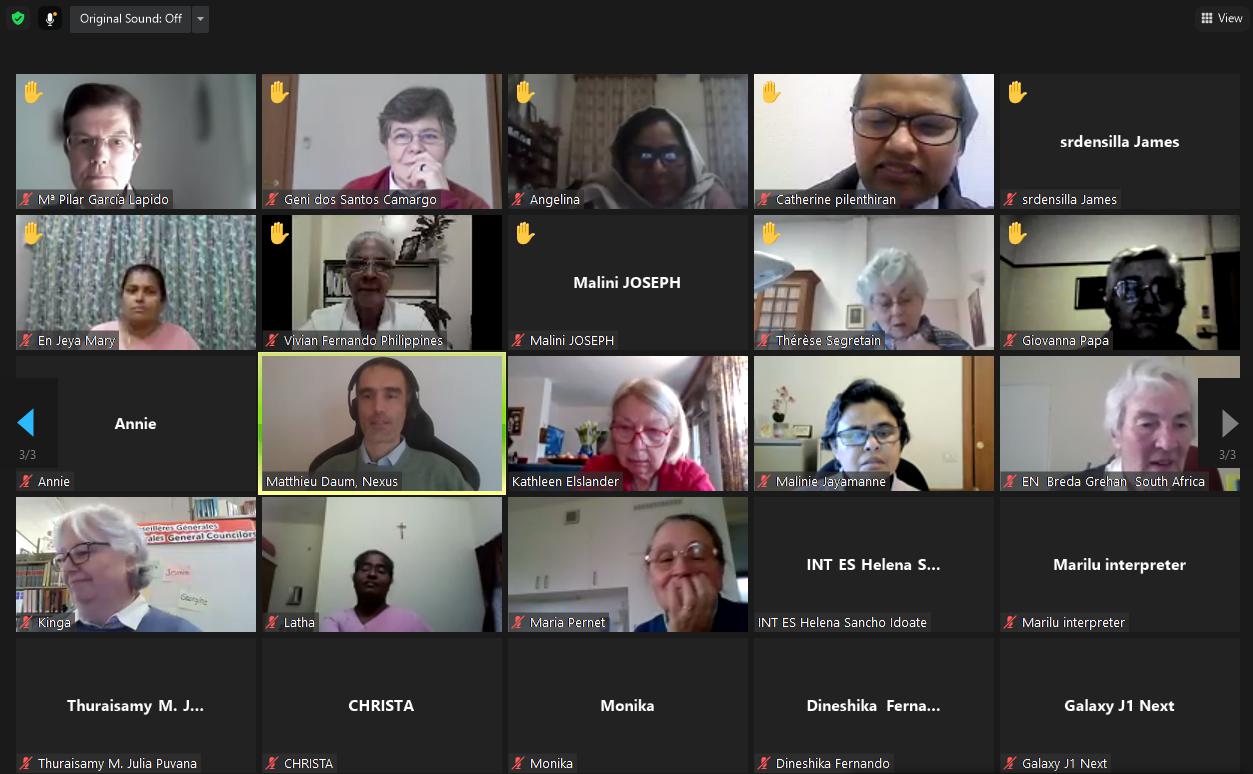 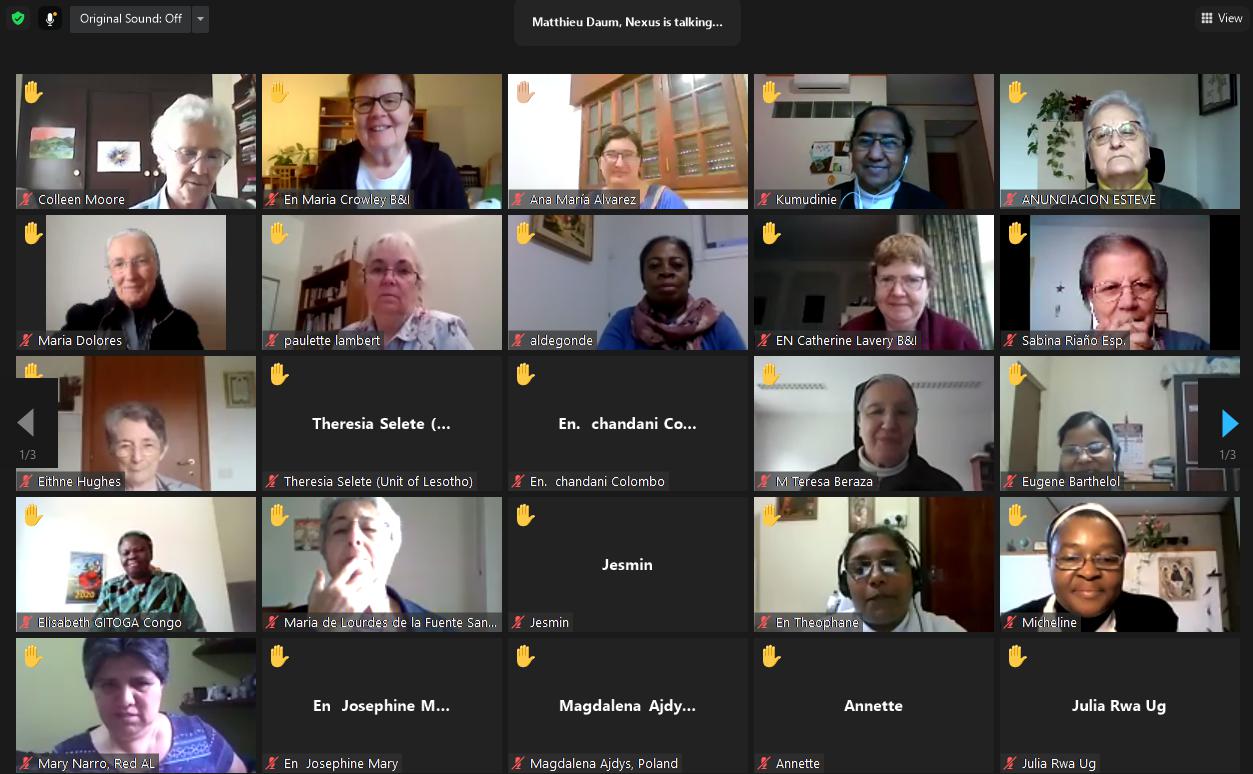 Ana Maria, our re-elected Superior General, with words of gratitude and encouragement, called all members to be committed to the ongoing transformation, and declared the Chapter closed.

Members of the whole Family (more than 300 separate connections) joined the Capitulants an hour later for the Final Prayer of thanksgiving.

Throughout the Chapter process, different technological challenges in various places had been overcome, and there had been no serious delays – But at the Generalate, these were reserved for the final day!  A power outage during the vote-count meant that all the equipment had to be moved to another room, and re-connected,  and later, an issue with a fluctuating  internet connection emerged just as the Final Prayer was about to begin…  This meant that the GLT had to move to the neighbouring Good Shepherd Generalate to host the prayer!

In spite of the delay this caused, the participants waited patiently, and the prayer – during which the voices of various members of the Family were heard – became a  touching moment of celebration and thanksgiving:  for “God has done marvellous things for us”.

During the prayer, the new General Leadership Team was introduced to the whole Family and they were appreciated and welcomed with joy and gratitude.

The much-anticipated and long-prepared 20th General Chapter of our Institute has ended. But until each member of the Institute plays her part in its implementation, with commitment and responsibility,   it cannot be complete.