Who was Pierre Bienvenu Noailles?

Born in Bordeaux in 1793 at the height of the Terror that followed the French Revolution, Pierre 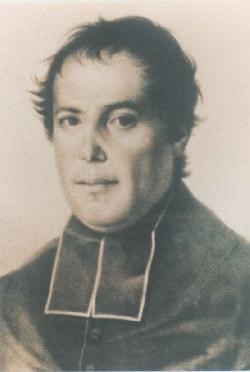 Bienvenu grew up in a closely-knit family surrounded by loving brothers and sisters. He was a lively child and had a  turbulent adolescence. A brilliant young man who succeeded at everything he undertook, he could have had a great career in a number of professions. But God entered his life and another unexpected destiny was offered him.

What turned this indifferent believer into a man determined to make God the centre of his life?

A merciful God revealed himself to Pierre Bienvenu as the only source of happiness. This conversion led him to Paris to the seminary of Issy at the age of twenty three. A few days before that he received, in the church of St. Sulpice, a very special grace of discernment and detachment that helped break the last vestiges of  resistance that held him back. From that moment it is hard to say whether God or Pierre Bienvenu sought the other more diligently. 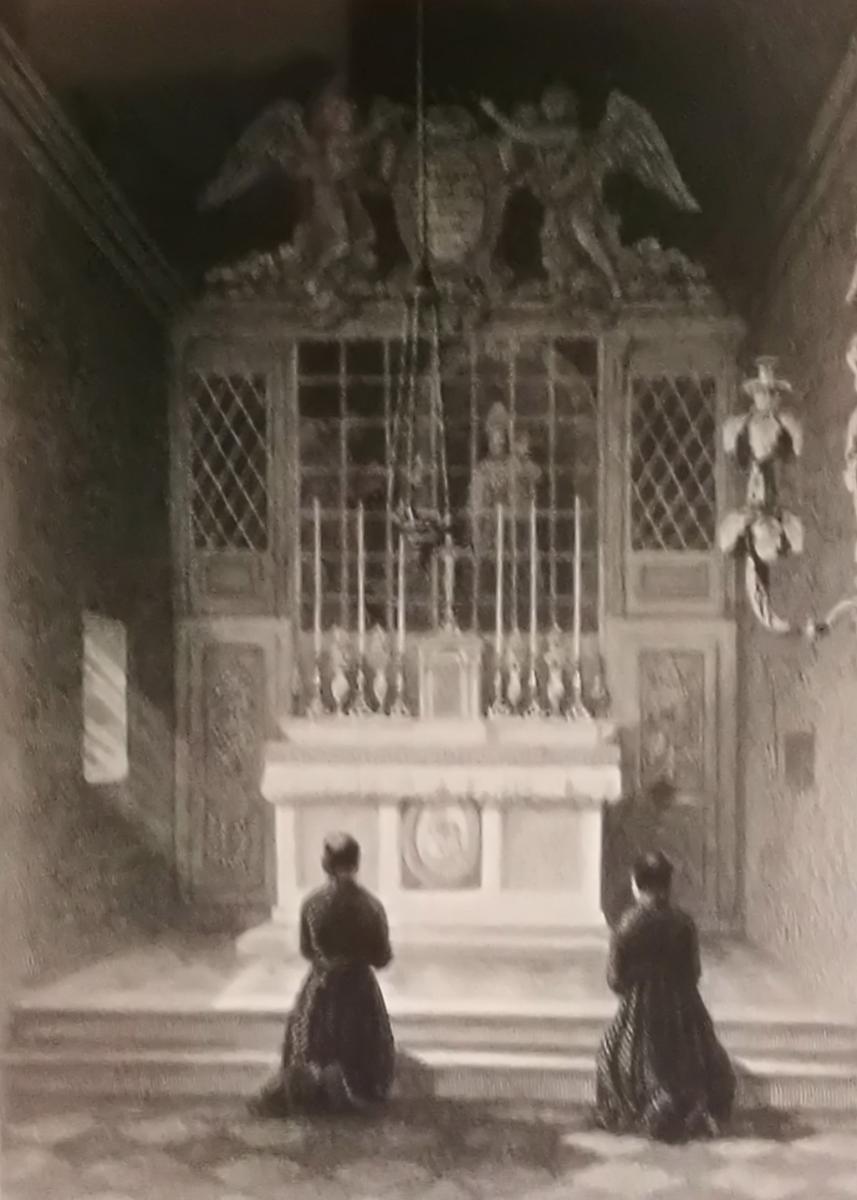 At the Seminary he took the call to holiness addressed to all the baptised very seriously. He often contemplated the Holy Family whom he referred to as "the lovely image of the Trinity". It was in this intimate dialogue with Jesus, Mary and Joseph that he discovered his spiritual identity. It can be summed up in one phrase that constitutes the core of the founding charism he was to receive: Seek God Alone in all things like Jesus, Mary and Joseph. Pierre Bienvenu cultivated that precious grace, the call to renew the Church of his time, to present to the world a God who was near and a Church with a 'family face', something for which the first christain communities have left us a taste.

Inspired by God he conceived the plan of a vast Society, something very new for his time. It would welcome within its fold women and men of all conditions and vocations (contemplative and apostolic women religious living in community, consecrated seculars, lay people committed in the world, married or single, children and adults, priests). Engaged in the work of proclaiming the Good News, they would all apply themselves to imitate the Holy Family.By their union in diversity they would demonstrate that communion among all is possible, that it is the vocation of the church and the world to be and to build the family of the children of God. 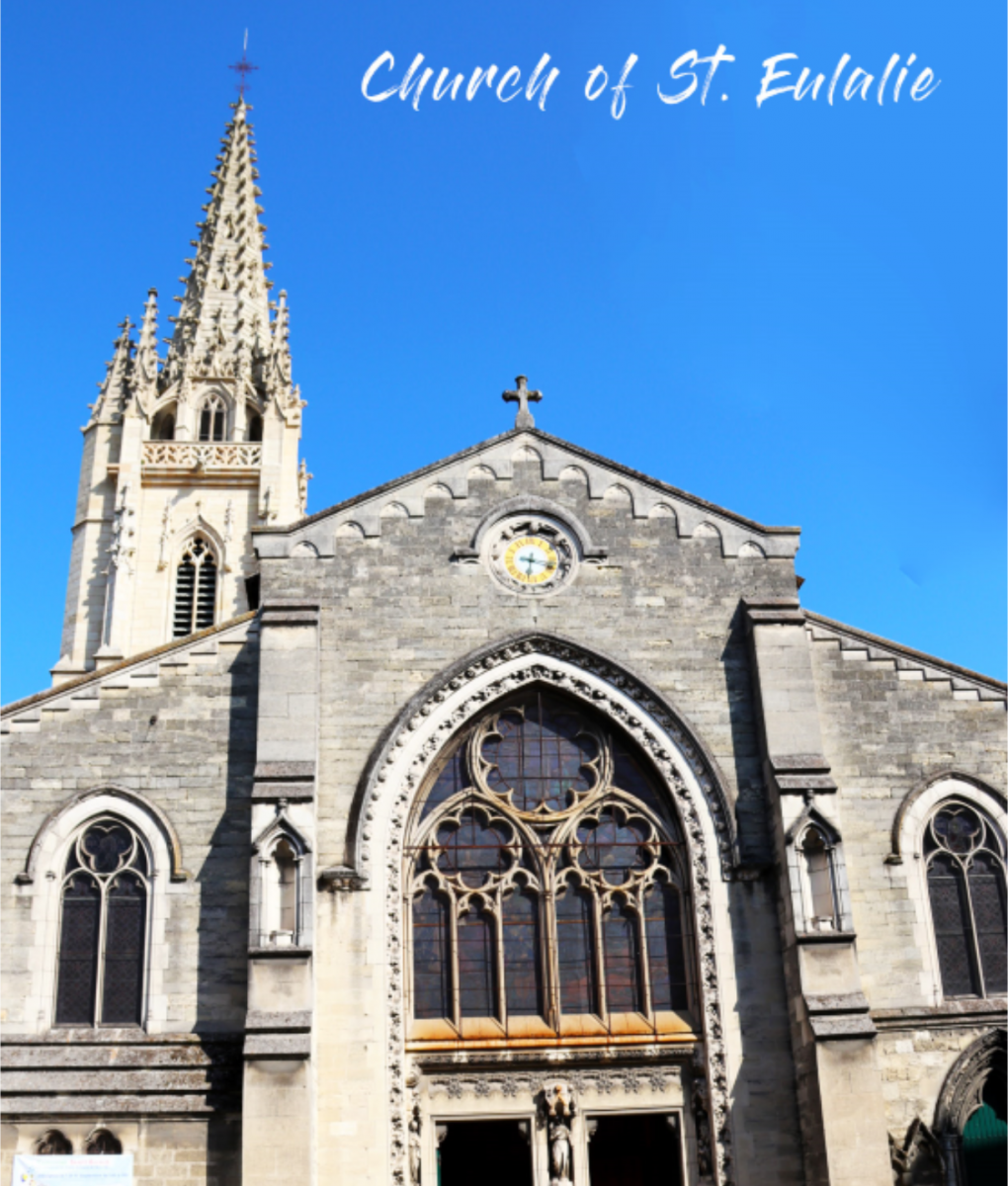 After being ordained priest on 5 June 1819 in the Church of St. Sulpice, Fr. Noailles returned to Bordeaux to his home diocese. He became curate in the parish of St. Eulalie where his apostolic zeal in all circumstances, his love of the poor and his qualities of discernment made him an exceptional priest much sought after for spiritual direction. He gathered together young people and adults for catechesis and allowed all to share in his work.

He organised them according to the needs and the talents of each one. To all he gave the same instructions: to imitate the virtues of the Holy Family. His project was in the hands of God, to whose will he was constantly attentive. It took root officially when, with the encouragement of his bishop, Mgr. d'Aviau, he assembled in community three young girls who felt the call to give themselves to God in a new way.In their poverty and their destitition they welcomed orphans poorer than they.

An extraordinary favour gave momentum to the first community. Twenty months after its foundation God gave a visible sign of his comforting presence. During Benediction of the Blessed Sacrament on 3 February 1822 the figure of  Jesus appeared in the monstrance blessing those present in a most kindly manner. This event, seen by many credible eye witnesses who concur in their accounts, was duly authenticated by the ecclestiastical authorities

For forty years, despite many obstacles, Fr. Noailles presided over the destiny of the Holy Family, perfecting his work and drawing up Rules and Statutes. At a time when the role of women in French society was restricted he managed to attract and obtain the collaboration of outstanding women, lay and religious, to whom he gave real responsibility.

When he died on 8 February 1861, the Holy Family was not alone in mourning him. The whole of Bordeaux was saddened. On the day of his funeral a large crowd accompanied him to the cathedral. All felt they had lost a friend and father but gained a saint.

The reputation for holiness that Fr. Noailles had during his lifetime continued to spread. On 8 February 1988 the Church confirmed the holiness of his life and declared him Venerable, the first step on the road to canonisation.

His holiness showed itself in the ordinary actions of everyday life and in his constant and burning desire to conform his life to that of the Holy Family which he had so often contemplated. “Jesus, Mary and Joseph who loved, sought and desired God alone here below" were his models. This contemplation blossomed in availability to serve, in goodness and love of the poor so that the orphans, the poorest of the poor, called him the Good Father.