The current legislation is anchored in the 1983 code of canon law. In the forward to “the constitutions of the sister s of the Holy Family of Bordeaux (ConstRel) Sr. Mary Slaven wrote; this new edition was drawn up in fidelity to the orientations of the church. It is based on the Gospel of Jesus Christ; the rules received from our venerable Founder the norms of the new Code of canon law and the experience of the sisters. 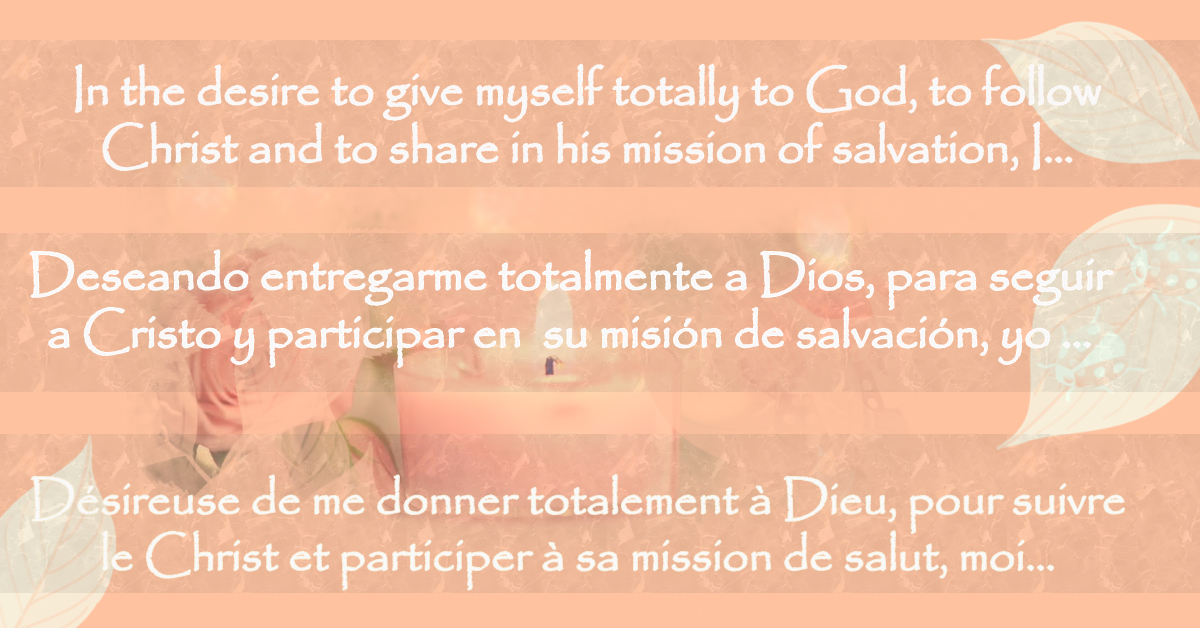 The Code of the Canon Law

With regard to religious and consecrated life the new code evinced a change in legal culture. The 1917 code was very important as it was an ordering of church law and an integration of legislation for the first time in the history of the church. It was extremely detailed about religious life. The main lines for all religious legislation were laid down in universal law. Their constitutions just added specific matters to the general framework of the code. So whereas one could say in a somewhat over- simplified generalization, that the 1917 code gave maximum legislations, leaving religious institute to supply what was specific to their charism, the approach of the 1983 code is quite the opposite. This code specifies a minimum about structures, vows, and other juridical matters, leaving religious and secular institutes to tell the church who they are and what they seek. This legislation also continues the policy of Vatican II renewal documents which is to incorporate the theological and spiritual principles with legislation. Religious were encouraged to present such theological and spiritual principles in the Constitutions.  This encouragement led to the latter being a document for the life of the Institute rather than being almost solely a juridical instrument.  Moreover, unlike the 1917 Code which favoured uniformity, the 1983 Code encouraged diversity, allowing the various congregations and the Institutes to give expression to their own uniqueness.

Before the publication of the 1983 Code, the three groups of consecrated life in the Association, the apostolic sisters, the contemplative sisters and the members of the Secular Institute had drawn up Constitutions in the expectation that they would be approved as constituent parts of the Association.  However, since the new Code of Canon law does not allow for Associations such as that of father Noailles, and the Holy See cannot, as yet, give global approval to such movements, these Constitutions were revised in line with the new structures set up in 1985.  We recall that the decision made at that time was to have:

In this section, we will examine the legislation of three of these groups i.e. “the Constitutions of the Sisters of the Holy Family of Bordeaux”, “the Constitutions of the Holy Family Secular Institute”, as well as “A Way of Life, the Statutes of the Lay Associates.”  Statutes have not yet been drawn up for the Priest Associates.

The Constitutions of the Sisters of the Holy Family

The Institute of the Holy Family of Bordeaux is an institute of two vocations (apostolic and contemplatives). This institute could be said to incorporate the various congregations of women founded by Fr. Noailles, each one specialising in a different apostolate. Included, of course, are the sisters living a monastic lifestyle – the successors of the “solitary sisters”. As well as carrying out all the apostolates envisaged by Fr. Noailles in respond to the demands of 19th century France, the sisters are also engaged in new ministries, called for by the needs of modern times.