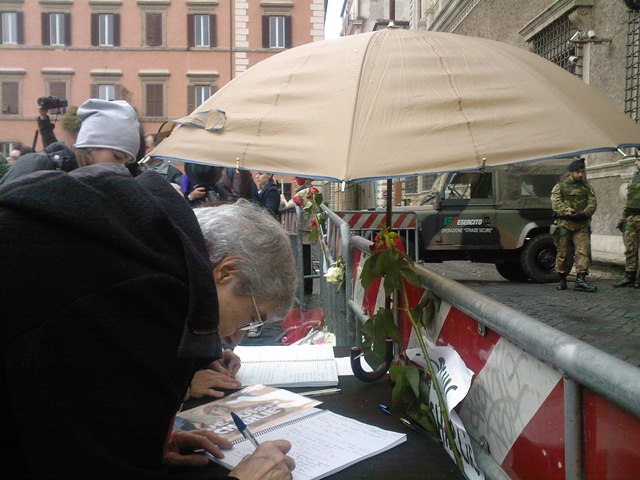 10 January a huge number of people demonstrated in front of the French embassy in Rome in order to express their solidarity with the victims of the attack which occurred on  7 January.    They gathered to reject violence and brutality.   Candles, flowers and moving messages were placed there.  Above all, an eloquent silence reigned.  Some of us joined the demonstration in defence of life, respect and solidarity. 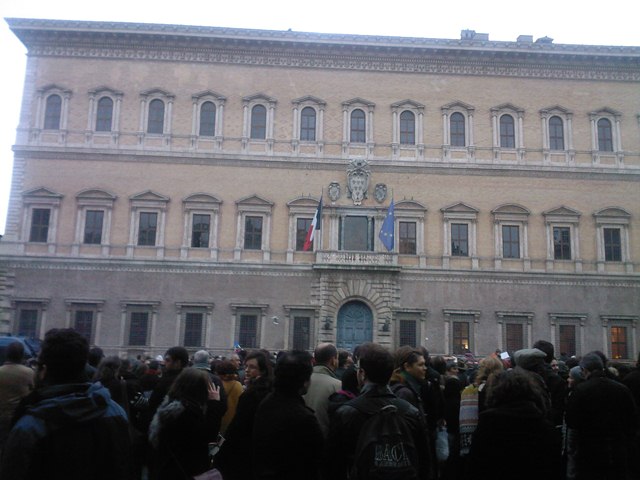