Perhaps when you see this title you will wonder “Why are we getting this information now? We already receive it through the social media which bombard us with information every day.”   Sometimes, however,  we have a defence mechanism which means that we hear  information without listening to it. On this occasion perhaps you may feel closer to the situation knowing that the Holy Family of Bordeaux is in solidarity with it contributing its grain of sand so that things may be less difficult for those who are suffering.  We are sending you the information which we received from the United Nations High Commissioner for Refugees (UNHCR), an organisation which we help financially.

The constantly-changing natu-re of the conflict makes it difficult to keep track of the movement of people and the multiple displacements that are taking place continually. 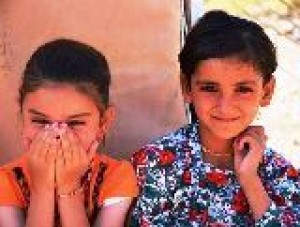 people were obliged to flee their homes. Some 850.000 are in Iraqi Kurdistan; the others are scattered ín the centre and south of Iraq. Unfortunately, there is a great shortage of housing in Iraq.  Many of the refugees are living in buildings that are still under construction, mosques, schools, churches or public parks. It is thought that some 2.000 schools cannot open because they are being used to house thousands of refugees. This school year may never become a reality for tens of thousands of children.

The future of many Iraqis is a cause of great concern. There are reports of women being kidnapped by armed groups and by those who engage in human trafficking inside and outside the country. Working children who do not go to school abound, as does sexual violence. Community social services do not supply provisions. Many families flee from violence only to find themselves in danger from a very harsh Winter.

In the centre and north of Iraq, there is an urgent need of food, water, sanitation, accommodation, mattresses, blankets, means of communication and practical help for needy families.

What is UNHCR doing?

They have given accommodation and provided for the basic needs of 300.000 personas; 52.000 families in Iraq, some coming from the mountains and from around Mosul.

They will build 11 refugees camps; they will continue to support the 4 which they are already looking after; they will organise the reception of and distribution of Winter clothes, blankets, heaters… They are organising a system for distributing money in places where there are families who need it.

They and their colleagues are collecting reports of violations in the area of security and protection.  They are regularising the situation of undocumented, displaced people and refugees who have fled their country. They are helping local authorities with staff and equipment so that they can draw up a register of families in order to receive humanitarian assistance.

Up to the end of 2014, 577 million dollars will be needed to help 1.800.000 displaced people and 150.000 refugees from neighbouring countries.  Donations have already been received from the governments of Saudi Arabia, Denmark, Germany, Japan Kuwait, Norway, Luxemburg, Sweden, Turkey, The United Kingdom and the European Union.  Donations have also been received from private individuals, businesses, people from various countries around the world as well as from the local Iraqi people who give what they can.