Capitulant for the Whole – or just for my part?

Reviewing the ground covered since Feb -March, Matthieu challenged all to a self-evaluation.  As Capitulants, were they concerned for the vitality of the whole Body?  Were they able to sustain an inner state of discernment?  Are they aware that this role is different from any other role they may fill? He invited them to ask themselves the necessary questions:  What is the role of a Capitulant? What do I need to do when I step into this role?  What do I need to leave behind in order to be fully committed to this responsibility?

An invitation to a time of “self-reflection”- to sense and to really enter in faith, gradually connecting deeply with self.

After reflecting on their experience of the journey, some responses:

Challenges of focusing on the role: 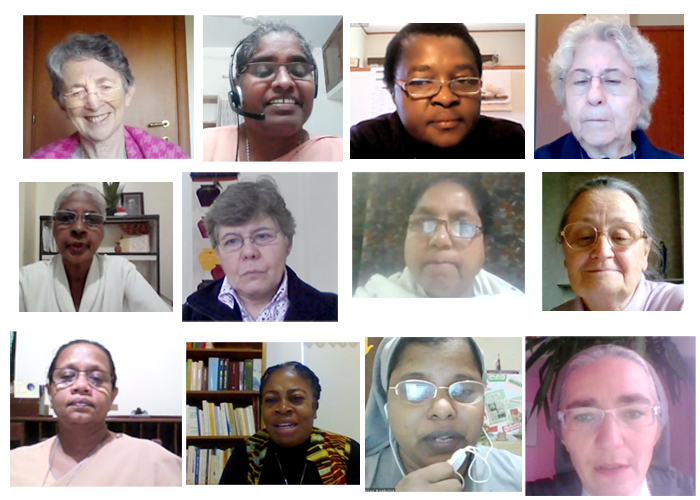 ​The second part of today’s session consisted of a return to the reports done by eight different groups since Feb-March:  Interculturality, Mission and Missionary call, Formation, Finance, Structures, Vicariate Structure, Units in the dusk of Life, and the PBN Family.

The Capitulants were divided into eight new groups to study these themes – however, care had been taken by the Facilitators to make sure that no-one was assigned to a topic she had previously worked on.

After reading and reflection on the document, the group task was to see how much the proposals of this particular group match the critical situation of the Body - and what is still missing?

Time was given for personal space and group sharing. The last hour was hearing session in the plenary.

In general, the groups were appreciative of the work done by the various teams; there was, however, a sense that some of the reports had not gone far enough in making practical proposals capable of making a real difference or lifting the body from its critical situation.  Further work on these topics would seem to be indicated.