Wood, Gold and Gas: The Asphyxiation of the Indigenous People. 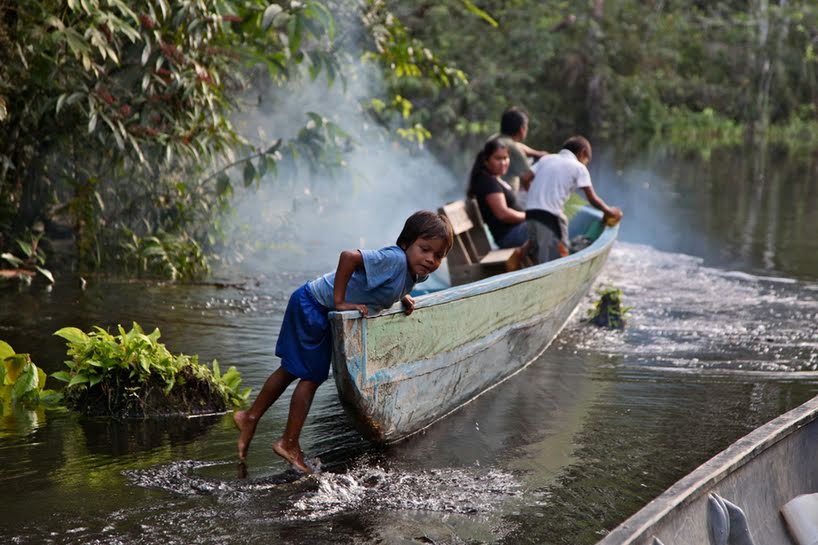 A study of the social and environmental impact made by the exploitation of material resources.

“Our way of life is asphyxiating the indigenous people and is suffocating us also.”  This is the clear statement made by Francisco Faragó, Director of The Amazonian Jungle (Selvas Amazónicas), who presented the report on the extraction of natural resources.

Among the serious problems caused by this extraction, the Dominican missionaries point to the Amazonian people’s  restriction of freedom to act, think and move as well as an increase in social inequality.

In the economic field they point to a false feeling of prosperity, “It is artificial because it does not improve the people’s quality of life” and they demonstrate the true consequences: serious malnutrition among the people, uncertainty of employment, the concentration of wealth among the socially elite – causing serious social inequality – and the emergence of illegal economic activity (people and drug trafficking).

The Dominican missionaries face these problems by working side by side with the indigenous people in the cause of their freedom and dignity. They are the voice of the people protesting against the abuses of companies who exploit wood, gold and gas in the Amazonian jungle. Among other things, they rescue people who are treated almost as slaves, give people advice so that they will not be cheated and denounce human trafficking.

There is a desire to sensitise others about this issue and to find financial support for the work of the Dominicans in Peru and in other parts of the world.  “We are interconnected and we must live responsibly wherever we are so as to prevent exploitation elsewhere. This is the best way of helping the missions” stated Alexia Gordillo  (the person in charge of publicising the situation of the Amazonian jungle) during the presentation of the report.