A week of Awakening !

In response to the Chapter’s call to work on our relationships in community, we the Overport community decided to spend a week together in the Drakensberg mountains, giving us time to reflect on and share on the questions on community life while spending some quality time relaxing and enjoying the beautiful surroundings!

While we, Tshidi, Marion, Colette and Cathy, were settling into a much needed holiday, we received news that there was a spree of looting, and general mayhem taking place back home in Durban (and Pietermaritzburg) and also Gauteng specifically. 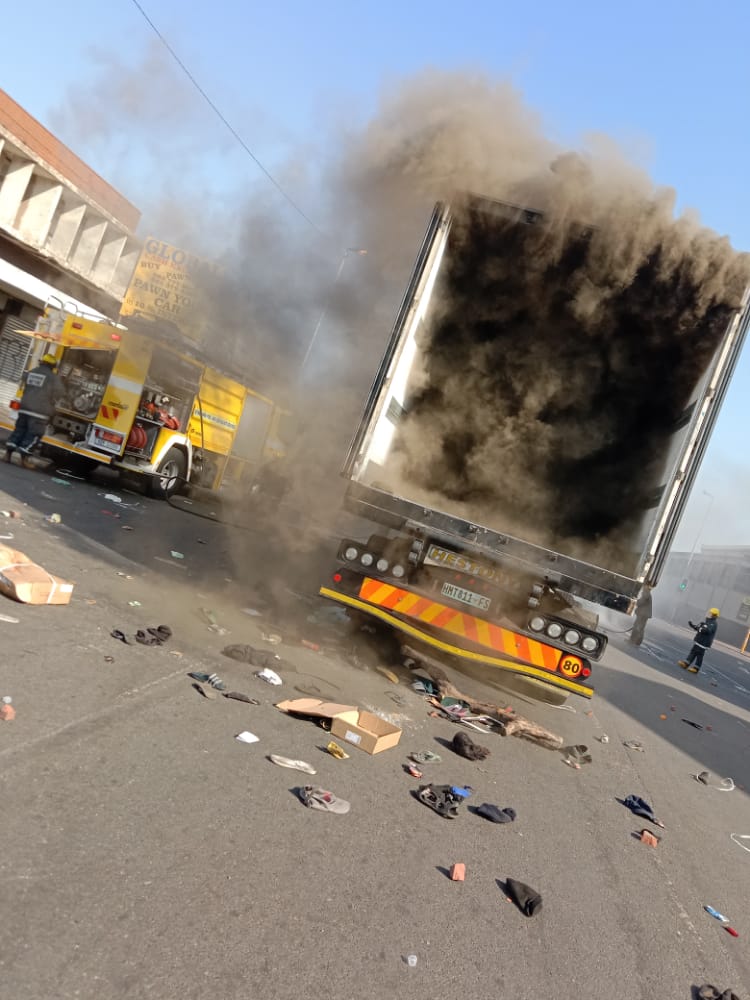 It seemed that madness had taken over in two of our Regions namely KwaZulu Natal and parts of Gauteng. Television reports showed scenes of police being outnumbered by the looters and standing by unable to contain the situation. We watched in horror and helplessness as anarchy reigned for a few days when no-one seemed to be able to stop the mob mentality of looting, destroying and burning shops, pharmacies and just about any building that stored or sold goods.

Ordinary South Africans were afraid to leave their homes as they watched the streets taken over by mobs of angry young people, and not so young as they too were caught up in the mob mentality of destruction.

It was a concerted and planned effort to destabilise the country and the alleged people behind it were supporters of the former president of the country who was imprisoned because of contempt of court. He refused to answer questions regarding corruption charges against him by the presiding judge of the State Capture Enquiry.

It seemed that the dream of Nelson Mandela, our first democratically elected president of our Rainbow Nation was fast going down in smoke as buildings stripped of their goods were set alight, especially shops! The majority of South Africans watched in horror and fear the nightmare that unfolded during that week from the 11th to the 16th July.

This was a Kairos moment for South Africa! While we are still relatively young as a democracy, 27 years, that week taught us that we have a very long way to go in building a truly democratic Rainbow nation where every person’s dignity is upheld and respected.

As a nation, we had been slumbering and that week was a rude awakening! Yes, we are saddened by the corruption within government and politicians, the ongoing violence against women, the poor service delivery, the growing poverty, etc. etc. Do we face the challenges or do we continue to bury our heads in the sand and hope that it won’t happen again??? 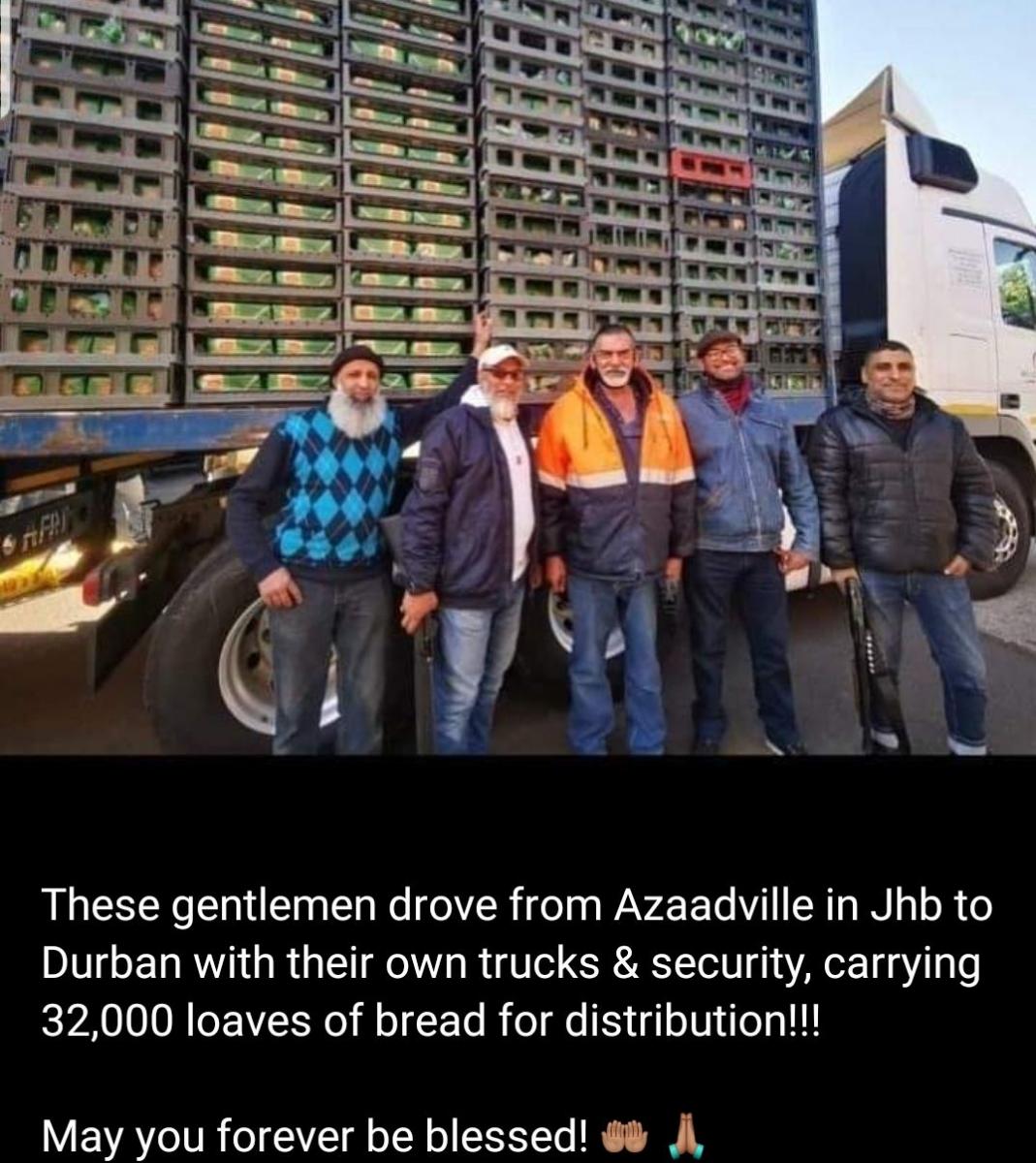 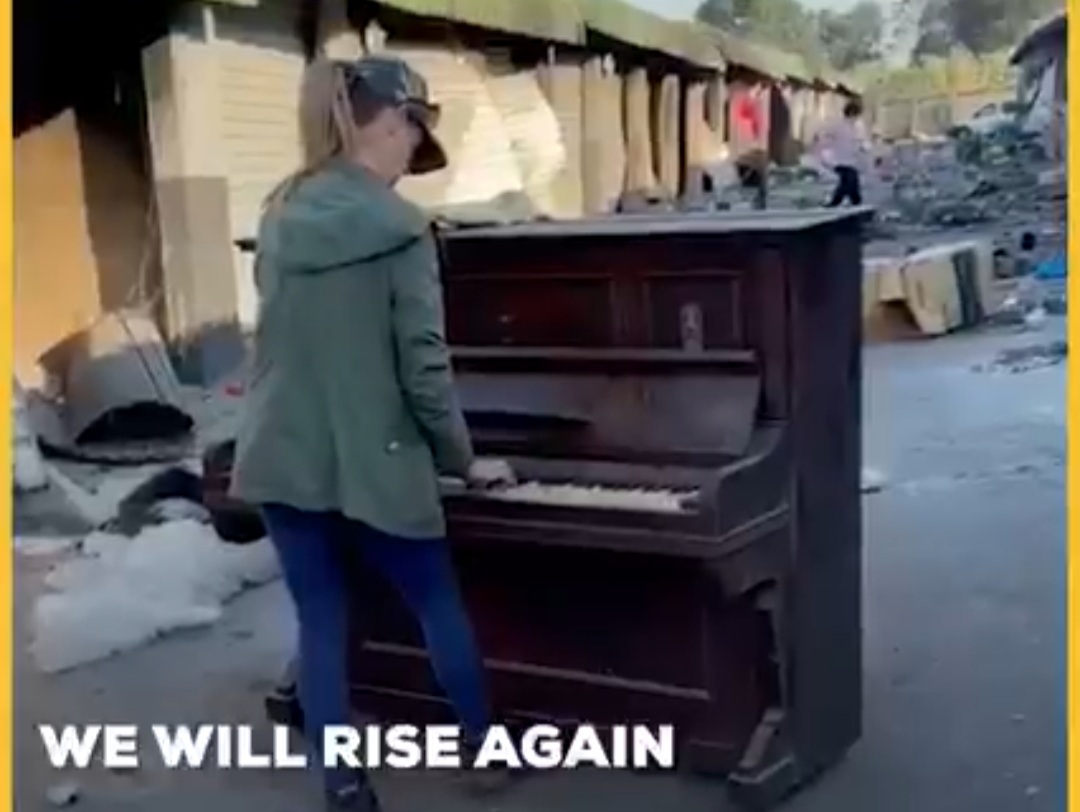 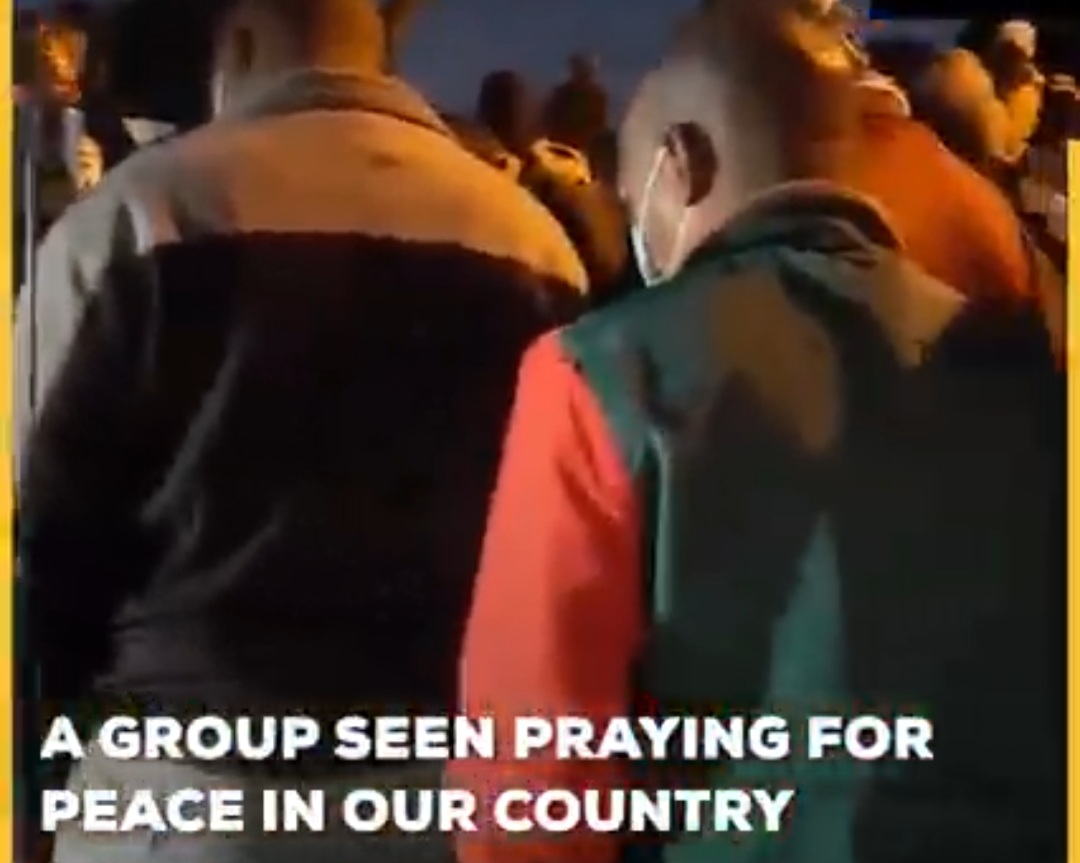 Unemployment stands at 34.4 % and youth unemployment at 64.4 %, given this reality we have a massive youth population open to manipulation for whatever ends when promised a way out of their current bleak situation! Unless we as a country take active steps to change this bleak reality, especially for the unemployed and often time unemployable youth, fear and riots could erupt at any time. There has to be an alternative to seeking employment to that of creating employment!

South Africa is a land of sharp contrast! After the initial shock, communities began to organise themselves as they came together to support and care for one another. Food, especially bread and milk, given freely to every family irrespective of their need. The horror of the week was diminished by the generosity of people especially our Muslim sisters and brothers. One organisation that is ever ready to go wherever the greatest need is, is the Gift of the Givers founded by Imtiaz Sooliman, organised food parcels that would last a family for a month and distributed these to a number of affected towns, especially rural communities.

In some communities, people formed human chains to protect shops owned by foreign nationals. Towards the end of that week, it was heart-warming to see the Rainbow Nation truly at work as people with disabilities, the elderly, people from every community coming together to help to clean up the streets and rebuild what was destroyed! Everywhere people sang the National Anthem as they came together to prove that unity is strength in cleaning up and rebuilding. Unfortunately, a number of the smaller shops did not have insurance or the means to rebuild!

Disasters, dark times, have a way of bringing out the best in humanity! One of the organisations we are closely involved with, the Denis Hurley Centre (DHC) where Cathy ministers, has since the start of the pandemic experienced a great outpouring of generosity from people of every faith group, Muslims, Hindus, Jews, Christian and people who just want to make a difference.

The DHC works with the homeless people of the inner city providing meals, showers, laundry service, a medical clinic, counselling and referral to a government funded rehab for substance users, empowerment projects, advocacy, and services for refugees and asylum seekers. Sunday evening, following the week of riots, a 4 ton truck arrived at the DHC with a variety of food items: fruit and vegetables, bread and cakes. By the Monday afternoon, food was donated to various groups, children’s homes, homes for the elderly and disabled, community feeding schemes, refugee families, etc.

Where there is great suffering, even greater compassion abounds!

Our prayer for our country and the world – that we may be those candles of Hope burning brightly in the midst of what seems like darkness, that we may see the spark of divinity in each creature – that we see God’s goodness everywhere! 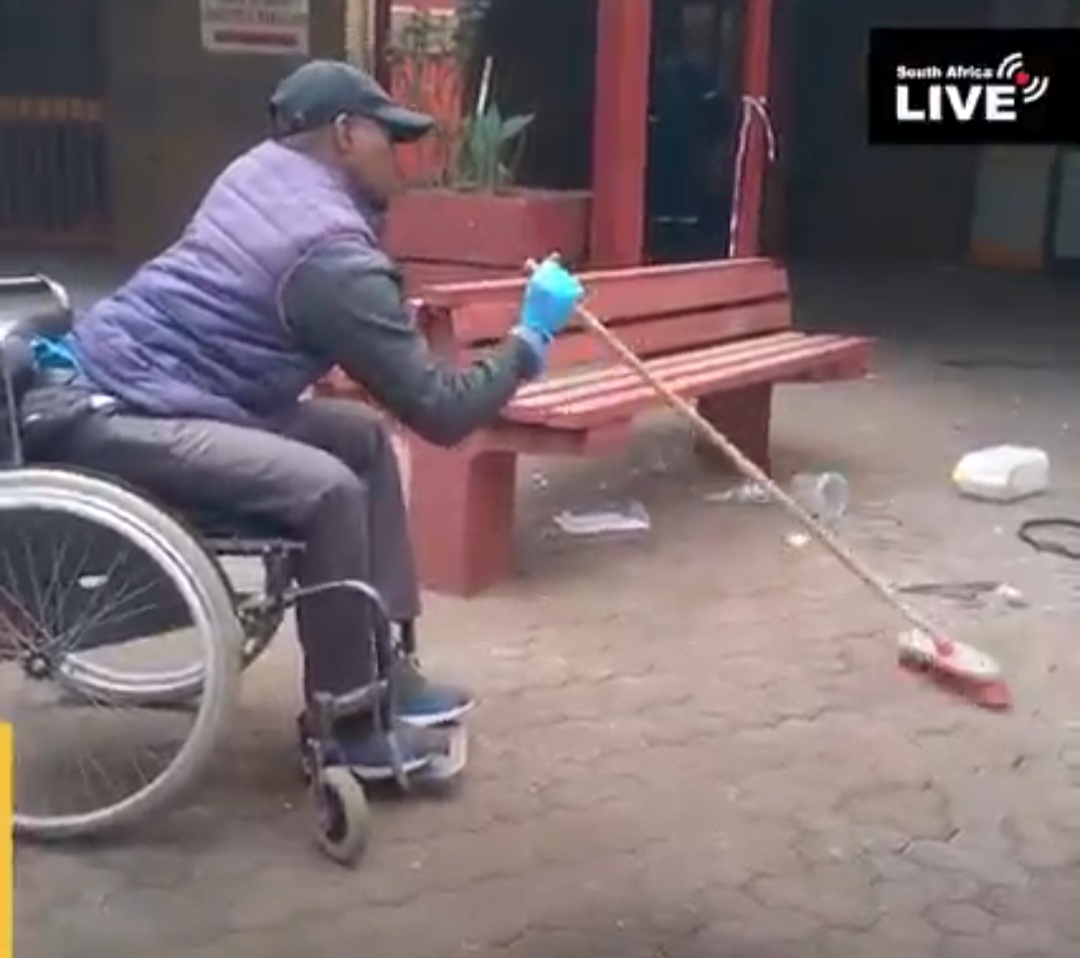 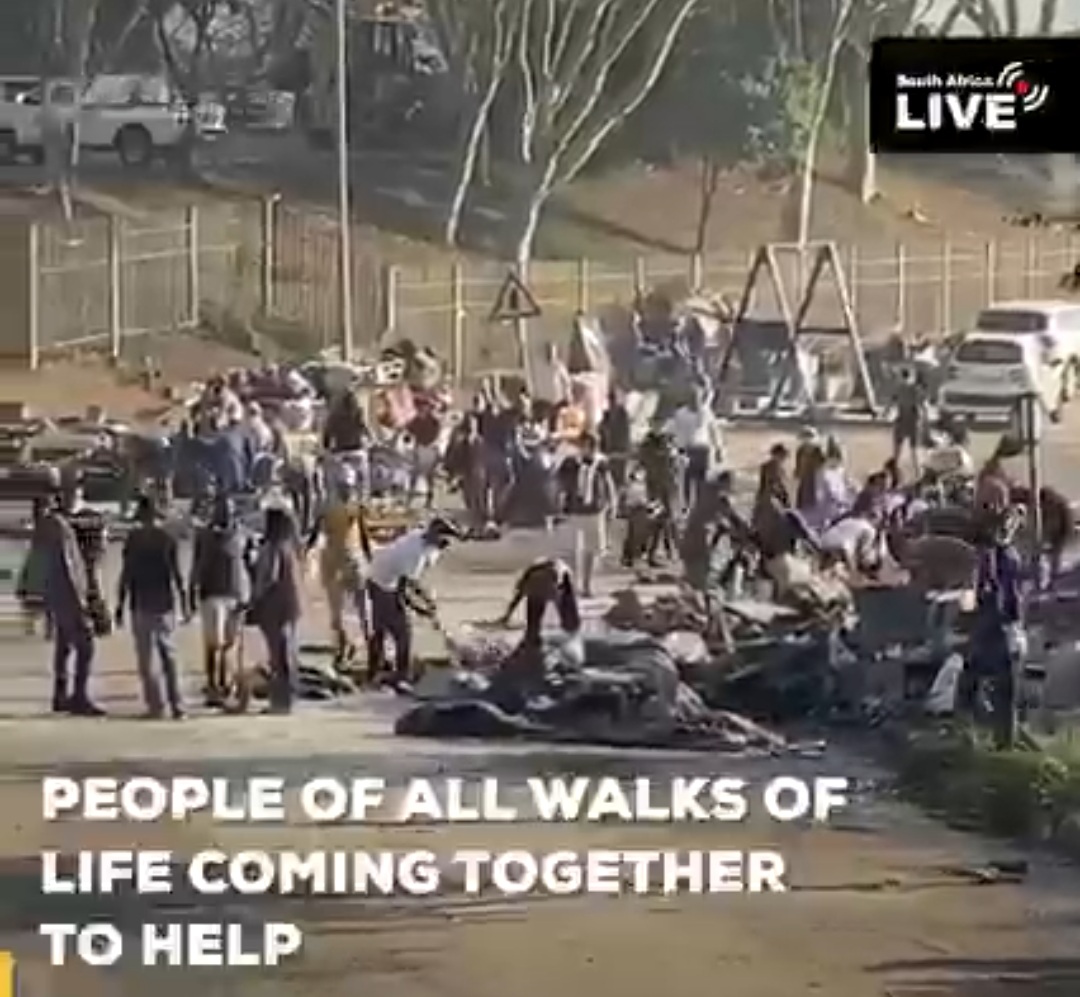 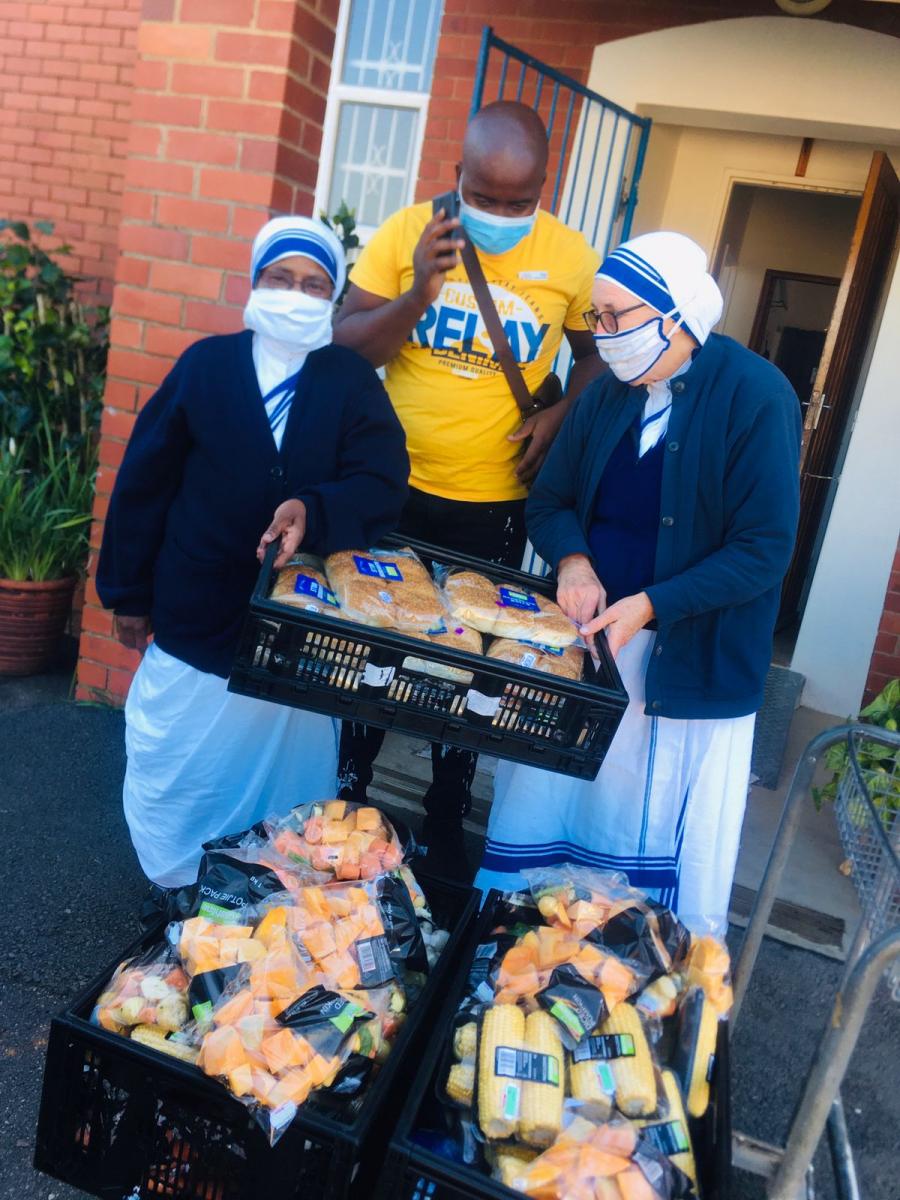 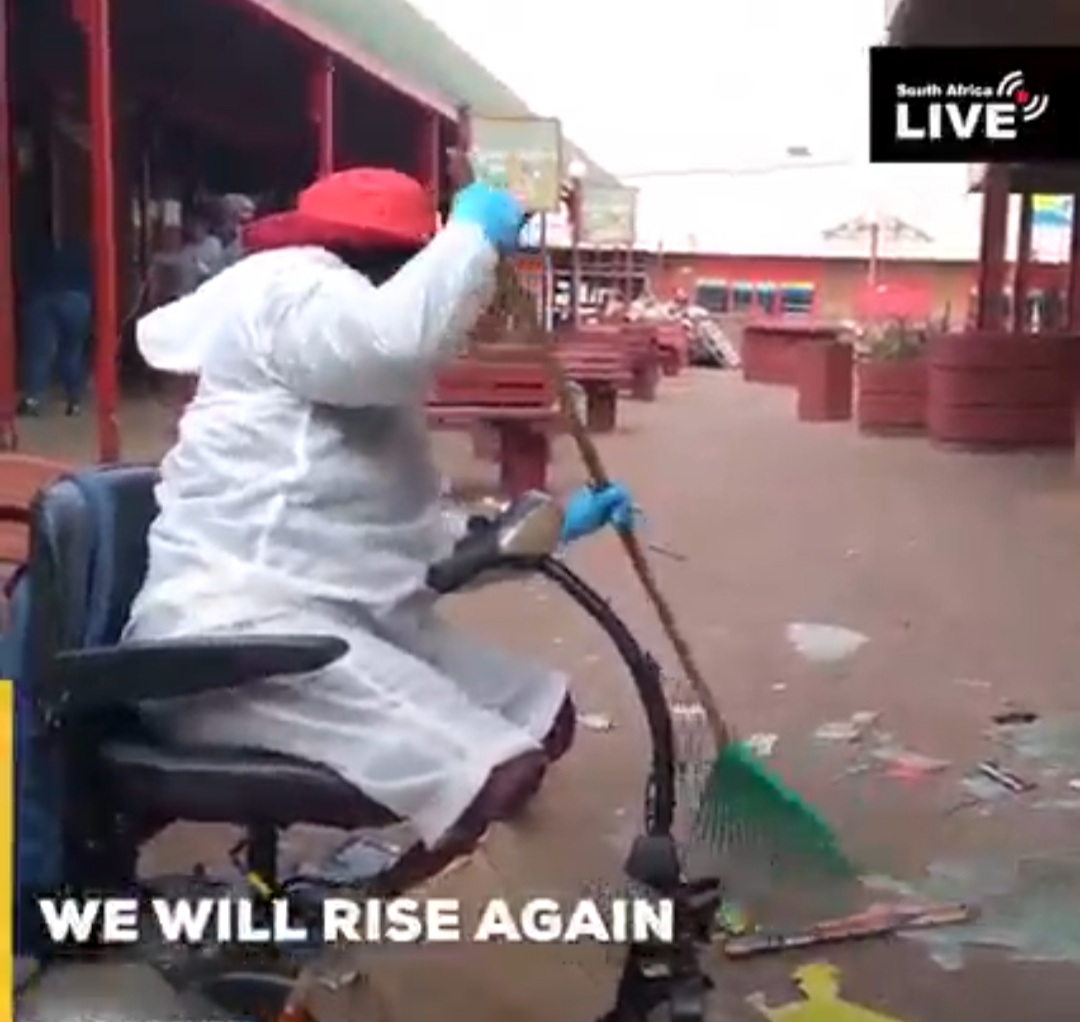