Human trafficking in Sri Lanka, a heinous crime that undermines families and society 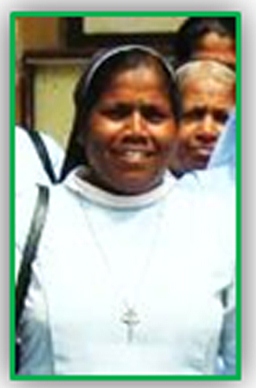 Many Sri Lankans seek work and easy money in the Gulf, the Middle East, Malaysia and Singapore. However, the poorly educated and the unskilled have become the victims of human trafficking, including prostitution and forced labour.

As far as human trafficking goes, Sri Lanka is the point of arrival and departure for many victims. Saudi Arabia, Kuwait, Qatar, Jordan, Bahrain, Lebanon, Iraq, Afghanistan, the United Arab Emirates, Malaysia and Singapore are the preferred places of destination for those who want to work and improve their lives and those of their family.

However, enticed by the promise of employment as construction or garment workers, as store clerks or domestic staff, many end up in a business where their papers are taken from them, and where they are subjected to threats of deportation or detention, sexual abuse or forced labour.

“Human trafficking is one of the most cruel and heinous crimes that can be inflicted on another human being”, said Sister Susila Thomas RGS, a member of Our Lady of Charity of the Good Shepherd, who works with migrants and bears witness to the problem. For her, Sri Lankans have a right "to find work and earn a living in their country”.

"I started this mission in April 2014, when the institute sent me to Singapore. There, in the centre run by the Sisters of the Good Shepherd, I met with about 30 young women, from various countries. Three of them were Sri Lankan Buddhists, from small villages. All of them had turned to prostitution. "

The nun recalls one of them in particular. "She was a very young woman. In Sri Lanka, she worked as a massage therapist. She wanted to earn more money, and so decided to go to Singapore. Here she met a man who introduced himself as an employment agent. He showed her beautiful pictures of the city and of the life she could have. He charged her a great deal of money and organised her transfer for a two year stay."

Once in Singapore however, "this agent handed her over to other people and disappeared. She ended up in the prostitution racket. Years later, when she found out about our centre, she asked our help to get out of the trade. "

In this facility, the nuns "…first take care of the victims' emotional and psychological needs. Many of them come out devastated by this experience. They feel worthless, outcasts. Some want to commit suicide.

"We do a lot of therapy and counselling in order to bring out their talents and their abilities. We explain that their lives have value and that they are important and necessary for society. Doctors and specialists work alongside us in this work.

"When they feel that they are back on their feet and ready to re-enter the world, we let them go back to their families, but always with the knowledge that they can ask for help at any time.”

Based on her experience, human trafficking "can radically change the victims. They seek revenge; some have even tried to kill. She says; "It is not advisable for the unskilled and poorly educated, both men and women, to go abroad," she said. "In Sri Lanka, there should be a mechanism to allow these groups to find work and earn a living in their country. It is everyone's right."