The Holy Family wakes up Lesotho 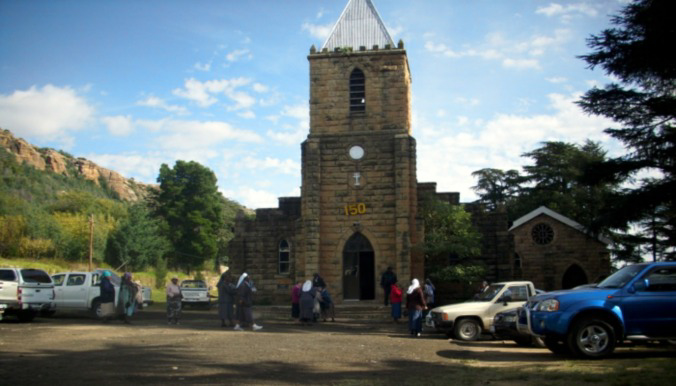 The 150 anniversary of the arrival of the Holy Family Sisters in Lesotho comes a happy coincidence during the Year of Consecrated Life. Pope Francis told women and men religious to “wake up the world”. It can truly be said that the Holy Family sisters woke up Lesotho for the occasion.

From the start of the year, they had undertaken to visit all the Catholic Missions in the country and tell the Holy Family story to the people at Sunday Mass. They were warmly welcomed everywhere and the people listened with great attention to their accounts of the founding of the Holy Family Association, its motivating spirit and aim. It was also an opportunity for the sisters themselves to deepen their own understanding of the rich legacy bequeathed by Pierre Bienvenu Noailles to us and to the church. 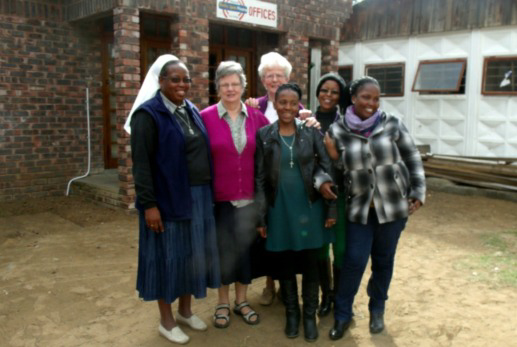 when Sr. Damase (Lucille) Gicquel from Jersey arrived. The next generation began in 1952 with Ellen Butler, still known in Lesotho as ‘Me Philipi, followed in 1957 by Síle McGowan and later by Teresa Edwards and Lil Meagher, all of whom remained for a considerable length of time. Martina Devane can also be included here. Thereafter, those who came were short-term volunteers (not in this order): Nurses Catherine McNulty, Marie de Lourdes Phelan, Agnes Davis and Teachers Elizabeth Murphy, Frances Darragh, Sheila Griffiths, Louis Marie Scullin and Bernadette Scanlon. They made a great contribution to education and health care in the High Schools, and the then Training College run by the Holy Family sisters. To nursing in the mission hospital and the clinics, making it possible for the Basotho sisters to study and prepare to take over from them and ensure the succession in these ministries that were constantly evolving.

During the week, Lil and I spent in Lesotho before the celebration Hyacintha, the Province leader, put a car and driver at our disposal so we could visit as much as possible of our old places of ministry. It was wonderful to see how they were flourishing, with increased numbers and buildings in schools and clinics, with excellent results.

There was a sense that the Holy Family spirit is alive and is a motivating force for lay staff, thanks to the leadership of the sisters. A new venture, pioneered by the Holy Family, is the care and education of children with hearing and speech disabilities. This first school, called Kananelo (Bienvenu in Sesotho), was built up gradually with the help of donations

from various charities, including the Holy Family, and is now recognised by the Department of Education. All seven Holy Family schools, 5 Secondary and two Primary, participated actively in the main Eucharistic celebration on 25 April, with Kananelo doing the Our Father in sign language. It would take much time and space to describe the the achievements of the past few decades so we will leave it for another time.

The whole year had a been a very busy time, the final week even more so, but calm prevailed even as the day approached and last minute preparations had to be made. It was a 2-day celebration. Friday, 24 April, was special to Roma and St. Mary’s, where it had all begun. The students sang their hearts out at a special Mass of Thanksgiving at which certificates of award were given to so many - sisters, lay people - who had given long and dedicated service over the years. Joy was unconfined! After Mass, the congregation processed to the cemetery to honour the deadwho had laid the foundations for the workers of today, prominent among them is Mother Marie-Joseph Angot, leader of the group of Foundresses who arrived 150 years ago. In the meantime, preparations were going on for the morrow’s celebration - tents being erected, chairs arriving, an exhibition being set up, food being prepared to feed the multitude expected.

What happened in the next 24 hours is too rich in meaning and eventful in action to be glossed over in a few brief words. It is for another time, to be written or given anecdotally,

especially to those for whom it holds vivid memories, and about whom many enquiries were made by past pupils, colleagues, friends, patients…

The Basotho people have long memories and loyal hearts.