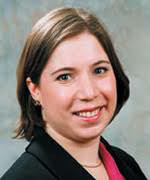 Sarah Teather is a former MP and presently Director of JRS UK. She was chosen at the City of Sanctuary AGM in 2016 to be the first person to receive the Sanctuary Champions award for her services to refugees.

On Christmas Day this year, she gave the closing meditation on BBC Radio 4. In it she mentioned how a community of Holy Family sisters helped a pregnant refugee woman who had nowhere to go. The community in question is Clapham. An extract from her talk follows.

Birth, new starts, new beginnings often invoke a mixture of joy and pain. I have often seen that weaving of joy and pain in the lives of those we accompany at JRS … the entanglement of hope and loss integral to the life of anyone who makes a journey, leaving family, country and identity for a new start. What grows out of apparent ruin often takes me by surprise, perhaps it’s “this character of startling unexpectedness which is inherent in all beginnings.”

One who experienced this struggle and journey with intensity was a young woman who asked the JRS for help at Christmas last year. I shall call her Asma … she was pregnant with her first child and facing imminent homelessness and, as the Gospel says, was “sore afraid.” Government support for destitute asylum seekers doesn’t usually kick in for women in her position until the end of pregnancy and, even then, accessing it is fraught with difficulty. 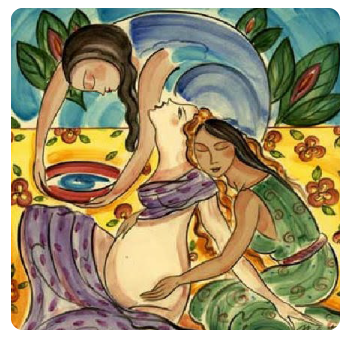 The time came for her to give birth and still they refused her a room. A community of religious Sisters stepped into the breach and welcomed her into their home, feeding and fussing over her as if she were their own daughter, though they were not of the same religious profession, devout Muslim that she is. A bond of deep affection grew between them. Asma gave birth to a healthy baby boy and there was much rejoicing in the Sisters’ house. What miracle the boy’s birth seemed to be in the midst of so much struggle! Perhaps, appropriately, the name of the Religious Order who welcomed Asma bears the name of the Holy Family. It’s hard not to hear the echoes of their trials in her story.

A month after giving birth the Home Office finally housed mother and baby, but in keeping of their rules of dispersal, the housing was several hundred miles away from anyone who previously cared for her. She began another long journey with her infant son, conscious that this new beginning would bring much hardship and loneliness, but steeling herself in courage to continue on.